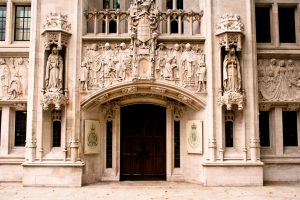 In criminal practice, you might think that obtaining an adjournment (the postponing or rescheduling of a trial) is a relatively simple and straightforward matter, but you would be wrong.  In reality, getting an adjournment is now a complex process, and only the best use of the relevant principles will ensure the best  outcome for your case.

The best prepared advocates will be armed with all relevant facts, a detailed chronology and a meticulous submission to ensure the best prospects of success.

On occasion, it will be down to a client to assist. If for example, you cannot attend court due to illness or another unexpected matter arising, your solicitors will ensure that you are aware of the detailed information that needs to be provided to the courts in order to obtain an adjournment of your trial.

In the case of Crown Prosecution Service v Picton, the High Court detailed the factors that a court ought to focus on:

What could possibly go wrong?

‘On the morning of the trial the Magistrates’ Court received two emails from the defence solicitor, which were written in Welsh and were translated and presented to the court. The first email was sent at 9.23am. The solicitor stated that he was acting for the defendant and that she was a lady approaching 80 years old. The case dealt with criminal damage  relating  to a neighbourly dispute. The magistrates were told that the defendant was very concerned regarding the weather, because it was freezing around her house and the road, and she had no electricity. She was living by herself with no close family. The solicitor further wrote that he was stuck in his home, and that it was freezing hard. He said he was a distance away from the main road, which had been gritted, and although he could leave his house, he was not feeling comfortable in venturing out.’

Almost unbelievably the court refused the defence adjournment and the defendant was convicted in her absence. The magistrates’ admitted to having considered no case law at all!

So, the simple adjournment, in the wrong hands can go terribly wrong.

To discuss anything to do with trail adjournments please contact us on 020 7388 8333 or email info@tuckerssolicitors.com and we will gladly assist.