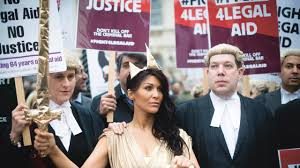 The High Court has reversed a cut to criminal legal aid crown court fees, on the basis that the consultation that preceeded the implementation of the fee cut was “so unfair that it was unlawful”.

Tuckers’ Partner, Jim Meyer, was involved in the design of the implementation of the original crown court litigator fee scheme and gave evidence on behalf of the Law Society in its claim against the MoJ.  Jim’s evidence was key in explaining to the Court that the initial scheme was designed as a fixed fee regime which built in “swings and roundabouts” inherent in such a scheme – where cases that were remunerated more generously, balanced those which were much more poorly paid.  To make an arbitrary cut of up to 37% on some of the better paid cases fundamentally undermined the scheme as a whole.

The Lord Chancellor, even as part of the consultation to cut legal aid fees, acknowledged the need to re-model the litigator fee scheme, and it is hoped that this work can now start in earnest.