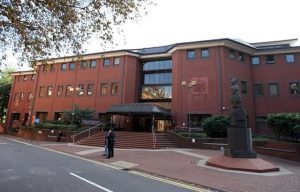 Jim Meyer, a Partner at Tuckers Solicitors, represented John Broadhurst, who was acquitted of the murder and assault of Natalie Connolly by a jury sitting at Birmingham Crown Court on 11/12/2018 . The acquittal followed a 4 week trial when, at the close of its case, the prosecution conceded that there had been no unlawful assault and that Natalie’s death was an unintended, but avoidable, tragedy. She had consumed potentially fatal levels of alcohol and cocaine, and had sustained injuries to her head and eye as a result of at least one fall in her heavily intoxicated state. It was the combination of the acute blood alcohol and cocaine toxicity, the blunt force trauma from the fall, bruising sustained during consensual spanking and other trauma to her vagina caused during consensual sexual activity that resulted in Natalie’s death and Mr. Broadhurst pleaded guilty to her manslaughter because of his negligent failure to recognise the serious and obvious peril she faced. He accepted that any sober and reasonable person should and would have called an ambulance much earlier than he did and that his, albeit intoxicated, failure to do so was criminally negligent. On 17/12/2018 Mr. Justice Julian Knowles sentenced Mr. Broadhurst to 3 years 8 months imprisonment.

Reflecting on the case following the sentence hearing, Jim commented: “this has been one of the most difficult cases I have ever conducted. The Crown’s case was predicated on Mr. Broadhurst committing an angry assault on Natalie, a theory based almost exclusively on the presence of a serious injury to her left eye. An expert instructed by the prosecution had concluded this was most likely the result of a punch and the police carried out no further investigations to see if there might be another, innocent explanation which was consistent with the detailed account Mr Broadhurst gave in his interviews”.

Jim commissioned forensic reconstruction experts to produce an exact digital replica of the scene, and assembled an expert team comprising a leading criminal barrister (Stephen Vullo QC), a leading manslaughter barrister (Andrew McGee), a pathologist, a maxillofacial surgeon, a gynaecologist, a forensic physician, a forensic toxicologist, forensic computer and phone experts and a private investigator. The evidence the team uncovered was compelling and proved conclusively that Natalie was not the victim of an attack by Mr Broadhurst.

Whilst much of the media reporting has dwelt on the financial wealth of his client, Jim observes: “it is a sad reality of the criminal justice system that a legally aided client would likely not have been afforded the opportunity to assemble such a team without which the outcome would likely have been very different. This is a demonstration of a two-tier justice system in its starkest form and the public interest would be better served if the press and profile-hungry commentators and members of parliament concentrated on this aspect of the case. Regurgitating soundbites from the (now abandoned) prosecution’s opening, or dwelling on the sexual proclivities of Natalie herself may make for titillating reading, but it belies the real tragedy of the case: a young woman died primarily because of the danger of consuming a huge amount of alcohol and cocaine; a man could well have been wrongly convicted of murder had he not had the means to fund his defence privately; Natalie’s family (and in particular her young daughter) would never have discovered the truth about her final hours; the fact that the couple were head over heels in love and looking forward to spending the rest of their lives together would have been misrepresented as a sordid, drug-fuelled, and unfaithful relationship (the prosecution had initially claimed (wrongly) that Natalie was unfaithful)”.

Here are Jim’s answers to the most common questions being asked in social media about the case:

Q1: Why would anyone wish to have a spray bottle inserted into their vagina? Answer: this was a question originally posed by the prosecution but I have learnt over the years that people like all sorts of things that are not considered mainstream. The better question is “did Natalie wish to have a spray bottle inserted” and the evidence is overwhelming – she did. This is not based solely on the account of Mr Broadhurst, but the computer and other real evidence found at the scene which evidenced Natalie’s proclivity for such things.

Q2: Why would anyone wish to be spanked? Answer: the answer to this question is similar to that in relation to Q1. The fact is that Natalie did; her family and friends knew this and jokingly called her Anna (after the character in 50 Shades of Grey). Natalie openly talked about this aspect of her sex life, and shared photos of the bruises she liked to be inflicted.

Q3: Wasn’t Natalie too drunk to provide informed and meaningful consent? Answer: there certainly came a time when she would have been, but the expert evidence was that when the sexual activity commenced she would have been perfectly capable of not just consenting but willingly and enthusiastically engaging in such activity. The fact is that the sort of binge drinking that Natalie engaged in means that there was a significant period of time during which she would have been fully compos mentis.

Q4: If Natalie had potentially fatal levels of blood and cocaine in her blood, why is John Broadhurst responsible for her death? Answer: Natalie voluntarily consumed the potentially lethal cocktail of drink and drugs and although the Judge said he should have stopped her and counselled her to show caution that is perhaps best described as a moral rather than legal duty. John Broadhurst pleaded guilty because he accepted that the physical injuries Natalie had sustained contributed to her death by at least accelerating it and that any sober and reasonable person would have appreciated the serious and obvious risk of her dying and called emergency services.