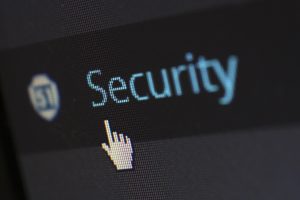 How do those nuisance callers get your information? And is anything being done about it to stop them?

Who is the Information Commissioner (the ICO)?

The ICO and the Information Commissioner’s Office is an independent organisation originally designed to protect information rights, promote openness by public bodies and data privacy for individuals.  Criminal prosecutions may be taken by the ICO against either individuals or organisations in more serious cases where data protection is breached.

What happens with a criminal prosecution?

Criminal prosecutions have, historically, been taken under the Data Protection Acts, which only carries financial penalties if a person is found guilty of data breaches.  However, the ICO has begun to reconsider how it uses its powers, as the seriousness of data breaches has increased.   Recently, for the first time the ICO used the Computer Misuse Act in a prosecution which allows for a custodial sentence rather than just a fine.

Mr Mustafa Kasim used the login details of his colleagues to access the company’s software system at his car accident repair firm and continued to access a similar system when he moved to a new company.

From there he took details of customers’ names and addresses along with vehicle and accident details, information that was then forwarded to claims management companies.

The original company received an increase in complaints concerning nuisance calls which led to the ICO being notified.  The ICO used the Computer Misuse Act in order to reflect the extent of the offence and need for a wider range of penalties to be available to the court.

Section 1 of the Computer Misuse Act provides for a custodial sentence of up to 2 years.  Other offences under the Act carry up to 14 years imprisonment.

This case shows how the ICO is considering using wider powers in respect of prosecutions and it is likely that that Mr Kasim’s case will be the first not the last of these.   No longer will breach of privacy and data protection rules simply be dealt with by way of a financial penalty.

To discuss anything to do with data protection please contact us on 020 7388 8333 or email info@tuckerssolicitors.com and we will gladly assist.   Our offices are open 24 hours a day, 7 days a week, ready to deliver immediate and expert legal advice and representation.