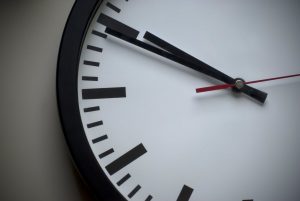 tLast week the Defence Secretary Gavin Williamson suggested a 10-year time limit (a Statute of Limitations) on the prosecution of soldiers accused of murder during military engagement. This proposal was in response to reports that British soldiers may face prosecution over deaths during the Northern Ireland troubles in the 1970s and 80s.

So, what time limits, if any currently apply in England and Wales?

We categorise offences into three groups:

(1) Summary only offences – offences that can only be tried in the magistrates’ court (the lower of the courts, dealing with less severe offences).

(2) Indictable offences (or either-way offences) – offences that may be tried either in the magistrates’ court or the crown court (higher courts dealing with more severe offences).

(2) Indictable only offences – offences that may only be tried in the crown court.

In general, proceedings must be commenced within six months of the criminal act that is being complained of.

There are however lots of exceptions to this, in particular cases where  welfare benefits are affected, regulatory crimes, animal cruelty and immigration. These exceptions allow proceedings to be commenced much later (sometimes by as much as three years) if certain conditions are met.

There is a great deal of case law concerning the calculation of time limits, and it is common to see offences commenced in breach of the rules. When spotted, this will bring the prosecution to a halt.

With the new Single Justice Procedure for road traffic, railways and other offences, we are seeing an alarming number of cases being charged in breach of the statutory time limits – if in doubt, please check with us.

In relation to indictable and indictable only cases, the starting point is that there is no time limit.

It is very common to see offences, particularly sexual offences, prosecuted many years after the events complained of.

Historical (alleged) sexual and other offences can create significant difficulties for defendants as it is so many years after the alleged events took place it can make defences such as an alibi all the more difficult to establish.

As time passes by so  do the witness’s memories and recollection, false accounts can seem correct, and important evidence can disappear.

The response of the Court of Appeal to these defence complaints is that they are a ‘matter for the jury’ and can be dealt with by directions to the jury to make proper allowance, and of course, only convict if sure.

Wherever possible we look to explore other appropriate avenues to redress the balance.

Is an abuse of process argument easy to win?

No, an abuse of process argument is notoriously difficult to win. This leads many to believe that they are therefore mostly pointless and, in those circumstances, don’t bother at all.

This is not a strategy that we believe in, and we will always advance arguments where there is a prospect of success.

To discuss anything to do with prosecution time limits please contact us on 020 7388 8333 or email info@tuckerssolicitors.com and we will gladly assist.