There have recently been multiple news articles about the increase in terrorist attacks within the UK in the past year. Statistics say that there has been a 54% increase, with over 400 arrests to terrorism-related offences within the past year, 64 of these being due to the terrorist attacks in London and Manchester – 12 for the London Bridge attack, 23 for the Manchester Arena attack and 21 for the Westminster Bridge attack, and more to do with Finsbury Park mosque and Parsons Green. Although these people were arrested, this did not necessarily mean that they were going to be charged. Most situations are largely dramatised when TV camera crews are involved, but the true decision is down to the criminal justice system. The results from the statistics above are as follows:

123 people were charged with an offence, 18 of which were actually charged with non terrorism-related offences. The proceedings for the other defendants were either dropped later on or resulted in acquittal. These statistics show that arrests to not necessarily always result in guilt, as the people who were arrested for these offences were released without further action.

Tuckers Solicitors have a number of lawyers with experience of dealing with terrorism allegations.  If you are facing such an allegation, then please contact Somsul Hoque at hoques@tuckerssolicitors.com or on 020 7388 8333. 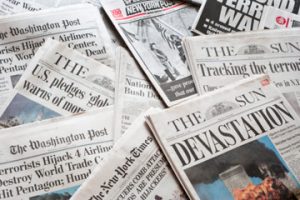