The General Election & the Criminal Law 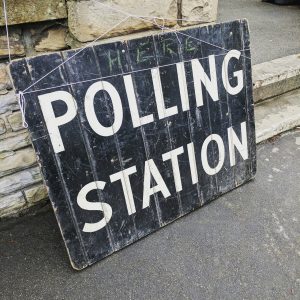 With a General Election coming up on 12 December 2019 and with there being some very polarised views on important issues of the day – it is worth remembering that there are a number of criminal offences relating to elections.

The case law makes clear that offences arising from the General Election will be treated seriously by the criminal courts.  In the guideline case of Hussain, the Judge dealt with the importance of electoral integrity and the need for deterrent sentences, saying

“Among the most important features of the way of life in this country is, first, the fact that this country is a democracy.  It has a form of government based upon the principle that, subject to limited exceptions, each individual member of the public is entitled to a single vote to elect the government of the day, whether national or local. In this process of election every vote should be of equal value…

…Having regard to the nature of those offences, it was of importance that the punishment that was passed was one which would deter others from committing offences of that sort. Even a deterrent sentence has to be proportionate to the offence and not unjust in relation to the offender. However, a deterrent sentence is passed by the courts with the primary object of deterrence.”

In the case of Hussain a sentence of 3 years 7 months was imposed for large-scale election fraud.  In the case of Fadaka in 2015 (which concerned a false statement concerning candidate eligibility), a 12 months suspended sentence was quashed and 6 months prison sentence imposed immediately instead.  And in Khan (2009) the Court of Appeal commented that the appellants were wise not to appeal sentences of 42 and 54 months.

The clear message from the Court of Appeal is that fraud offences at the General Election would be treated seriously and, if committed, it is highly likely you will go straight to prison.