Voluntary interviews are being used to explain the dramatic fall in the number of arrests which is today being reported in the national media.    The headline numbers indicate that arrests have fallen by nearly 50% in 10 years.

What are Voluntary Interviews?

Probably the most important thing to know about voluntary interviews is that they are not particularly voluntary.  It is a sensible use of police time and resources to try and arrange appointments for interviews rather than using the power of arrest.  However, if you refuse to attend, it is likely that you will be arrested.

The real danger in the increase in the number of voluntary interviews is that people may believe that the interview with the police is somehow less significant than if you were arrested.  It is not.  If you are interviewed under caution it is because you are being investigated in respect of the commission of a criminal offence.  You could incriminate yourself in interview and end up being charged.

Are there any other reasons for arrests falling?

It certainly seems odd that arrests are falling so dramatically – 12% in the last year alone – when figures published earlier in the week showed a big increase in crime.  There are at least three other reasons why arrests are down.  Firstly, many police targets have been abolished.  It is said that “what gets measured gets done”.  It seems if you don’t give police officers targets regarding the number of arrests, then they are less likely to arrest people.  Secondly, it seems that centralisation of custody suites may be discouraging officers from arresting people.  Along with all the paperwork, they simply can’t be bothered to arrest people if there is a long way to travel to book someone in who has been arrested.

However, without doubt, the single biggest reason is that despite big rises in crime, there have been big cuts to police budgets.  Swathes of crimes go unreported.  Many more crimes are reported but not investigated. With fewer police officers, fewer arrests is not a big surprise.

Despite the fall in arrests, if you are arrested, asked to attend a voluntary interview or charged with a criminal offence – you should seek urgent legal advice.  Contact our Practice Director, Adam Makepeace at makepeacea@tuckerssolicitors.com or on 020 7388 8333 to be directed to the right person to help you. 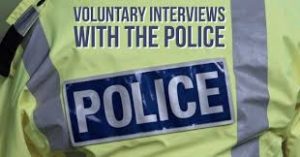