Witness Independence – too much of a coincidence? 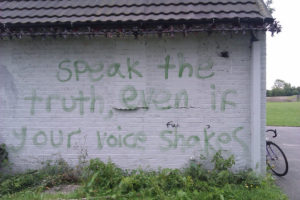 Very often in criminal cases, quite a lot of witnesses give similar and sometimes almost identical evidence. However you would think if the witnesses are at the same place, same time and all witnessing the same event, this would be expected?

If we imagined a group of football fans recounting the same game, player and goal it would be interesting to see how much they would disagree!

In a scientific paper called ‘Too good to be true: when overwhelming evidence fails to convince’ the authors came to a conclusion that the likelihood of a perfect agreement between witnesses is almost non-existent.  Therefore, when witness statements perfectly match, we should be extremely careful.  It is easy for a trained lawyer who is aware of this real danger to point it out.

When considering witness statements, we look for key phrases that you would not expect to be repeated by witnesses recalling the same event. When the same phrases are seen it is likely due to witness collusion, which is when a witness makes a false statement to make sure their evidence is the same in court and their statement.

We can see a good example of this in the case of Wake v Johnson. In this case, the court produced a table showing the similarities in the accounts given by witnesses. This led the Judge to conclude:

‘In my judgement, the reliability of the evidence of the corroborative witnesses is highly questionable; the circumstances strongly suggest to me that there has been an unsatisfactory degree of liaison between these witnesses.’

In another case, AA v London Borough of Southwark the Judge saw:

‘Three short statements were produced in very similar terms that gave very similar but inaccurate accounts of the eviction. They even look as if they were produced on the same computer and printer and were drafted all together. One of these statements is dated 31 May 2013. Therefore, intention of all three officers appears to have been to co-ordinate an attempted cover-up of what happened when they each gave evidence.’

In a criminal case, you can afford to leave nothing to chance. Our lawyers are highly trained to spot such attempts to present false evidence to the court and will always act to ensure that this is exposed for what it is – an attempt to secure a wrongful conviction.

[Image credit: ““Speak the truth, even if your voice shakes” –Maggie Kuhn. Cringle Park, Levenshulme, Manchester” by dullhunk is licensed under CC BY 2.0)