Be careful how you walk – gait analysis 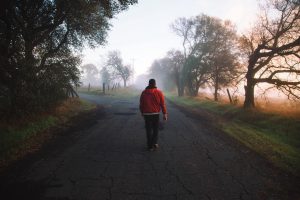 Gait analysis is increasingly used in criminal proceedings.  Where CCTV footage is not clear enough, forensic gait analysis compares and evaluates the features of how someone is walking to assist in the investigation of crime.

Civilian or police witnesses may make an identification based on recognition of the way someone moves and walks.  This is obviously potentially easier if they have an unusual way of walking or a limp.  If you wish to challenge such evidence against you there are experts available who can provide reports.

For example, in 2014 Mohammed Hashi challenged his conviction for murder.  The CCTV was not good enough to identify any faces, so the prosecution relied on expert evidence.  That evidence concluded that there were strong similarities between the walking gait of the male on the CCTV and the police station footage of Hashi.  The Court of Appeal referred to gait analysis as a developing science but was happy that the evidence was allowed in the trial – as the jury (given there was also a contradictory defence expert report) were able to consider all the issues.

Also in 2018 Elroy Otway appealed against his conviction for murder objecting to the expert evidence.  The evidence was from a podiatrist who studied CCTV footage; comparing CCTV of Mr Otway at a garage and CCTV of Mr Otway from the police station.  Although it was argued that gait analysis was not sufficiently recognised or advanced enough to enable it to be used the jury was told to look at the evidence as a whole.  The Court of Appeal decided that they were permitted to consider the evidence from the podiatrist of similarities in walking gait.  It said that although they did not endorse the use of podiatric evidence in general, the trial judge had been entitled to rule the evidence admissible and that each case has to be considered on its own merits.

In this developing area, there is now some draft guidance covering the use of gait analysis, but this has not yet been finalised.  Subject to this, it is likely each case will continue to be considered on its own facts.

As with all evolving sciences we keep a keen eye on new developments and will always seek to challenge such evidence. We have seen time and time again that what at one point in time might have appeared to be sound evidence can later be shown as to be fundamentally flawed.

If you need specialist advice in relation to any criminal investigation or prosecution, then get in touch with us at tuckers@tuckerssolicitors.com or on our 24 hour number 0845 200 3367