Can My Case Be Heard Without People Finding Out? 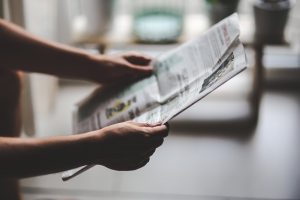 The basic rule is that if you are charged with a criminal offence and are over the age of 17, the details of your case are public and your name could appear in local news and the newspapers, particularly if it is a high profile case for any reason.  Obviously, these days, anything in the newspapers will also be shared online through social media.  If you are under 17, however, the rules are different.  You would attend at the Youth Court, where there are tight rules in order to prevent disclosure of personal information of victims, witnesses and defendants (e.g. name, address, educational institution, etc).  That said, members of the press are still allowed to sit in on hearings in youth courts (unless they have been denied access to do so). If anyone under 17 appears in an adult court, the prosecutor will usually request an order to prevent disclosure of personal details. This process will not apply for any civil proceedings.

There are some cases where there are set rules relating to anonymity.  For example, if a teacher is alleged by one of the pupils at their school to committing a criminal offence against them.  However, the bar on reporting ends if that teacher is charged to attend court.  Victims of sexual offences and a limited number of other offences will have lifetime anonymity.

Usually the full details of cases are not reported on until the trial.  However, if you are a defendant at a hearing at a Magistrates’ Court in a case that will be sent to the Crown Court or at a hearing in the Crown Court which relates to preparing for trial, then the name of the defendant and the offences for which he is being charged will be reportable – unless one of those rare situations where an application has been granted to restrict the publication of this information.  A recent example of this was in respect of the new identity of John Venables, the killer of James Bulger, when he came before the court again as a defendant in respect of allegations of possessing indecent images.

Essentially, it needs to be understood, that court proceedings are public proceedings.  The press are allowed to sit through any hearings in court unless they have been asked not to do so.  Responsible news agencies will take their obligations seriously – and, for example, in September last year, the BBC published this page to inform its own reporters what is and what isn’t allowed to be reported and published.

If you are facing a criminal prosecution and are concerned about your details being published, we will be happy to help.   We are always available 24 hours a day, 7 days a week on 0845 200 3367 or info@tuckerssolicitors.com.