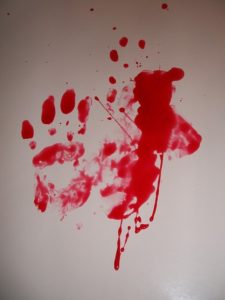 Circumstantial evidence can be confusing for somebody accused of a criminal offence.  Often people don’t appreciate that it can be very compelling and they don’t understand that it can still prove the misconduct alleged.

Circumstantial evidence can be illustrated using the offence of burglary.  Imagine if the police arrive at a property as an alarm has been activated.  The police find a door has been forced open and Iwan is inside with items from the house in his pockets.  This is direct evidence as Iwan was caught inside the property in the middle of committing a burglary.

What if the police arrived a short time later by which time Iwan was on the street outside the property with items from the burgled house in his possession?  There is no direct evidence that Iwan was inside the house but the fact of the items being in his possession and his proximity in time and place is circumstantial evidence that he was responsible for the burglary.

The conduct of Iwan when he is found on the street might also provide evidence of guilt.  For example if Iwan ran away when he saw the police then a court would clearly wonder why if he had innocently been present.

If you have any questions about the implications of circumstantial evidence in connection with any incident that you have been involved in, then contact us at any time on 0845 200 3367 or at tuckers@tuckerssolicitors.com