Compensation for Victims of Crime 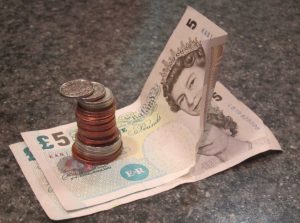 The press has recently reported that children who were victims of crime, often serious sexual abuse have received tiny sums, sometimes £20 for example, as compensation from the courts as a result of a criminal compensation order?

In any case where personal injury, loss, or damage has resulted from an offence, the court must consider making an order and explain its reasons if it doesn’t.  Orders usually require an offender pay a certain amount to the victims of crime, usually within a year or two if paid in instalments.   But the response to a question by Andrew Griffiths MP to the Ministry of Justice established that just 26 of 6,861 people convicted of child sex offences were ordered to pay compensation.

Why was the compensation so low?

The court must take into account the means of the offender when making a compensation order to victims of crime.  Ironically, if you have committed a serious offence, and are therefore likely to be sent to prison for a period of time, an offender will not be able to earn and make payments – which may explain why these orders are not being routinely made.

Can I get compensation from the Government?

There is a scheme where it may be possible to get compensation from the Government. The Criminal Injuries Compensation Authority is a publicly funded body that awards compensation to victims of crime, including violent and/or sexual offences. Parliament sets the awards.

In 2017-2018, the Authority paid out £150 million to victims of crime. There is a two-year time limit for making a claim, in most circumstances, but that does not begin until age eighteen.   The problem is that the CICA operates under complicated rules.  Solicitors can help with making a claim, but fees obviously eat into the amount of compensation.

However, whereas, whilst we have seen compensation orders either not being made and/or as little as £20 being ordered, CICA claims are likely to be larger.  For example, the CICA table gives the amount of £11,000 if you are a child victim of rape.

Can I sue my abuser?

This is possible, but can be costly and can take a long time.   Also, for the same reason as compensation orders are rarely made, even if you are successful in establishing liability and getting an order for an award, it doesn’t follow that someone in prison for a few years is going to have the money to pay the compensation ordered by the court.

If you need specialist advice, then contact tuckers@tuckerssolicitors.com or call us on our 24 hour number 0845 200 3367