The Ministry of Justice have just announced a further cuts to criminal legal aid for work undertaken on the most serious cases.   Previously, in complicated cases, lawyers were paid on the basis of a fixed fee for the work done reviewing up to 10,000 pages of evidence.   From 1 December 2017, this will be cut to 6,000.

No justification for further barriers to Access to Justice

Adam Makepeace, Practice Director at Tuckers Solicitors said, “This latest cut is yet another blow to Access to Justice for which there is no justification.   The amount spent on criminal legal aid continues to fall – and the Ministry of Justice have not made out their case as to why there is a need for this further cut.   It is galling that these decisions seem to be taken in a complete vacuum.   Not since Michael Gove was seeking to drive through the implementation of the ill-fated Two Tier scheme have there been any substantive conversations between representatives of the profession and Ministers – or for that matter even their officials.   Liz Truss came and went without a single conversation.   David Lidington became Lord Chancellor in June 2017 and three months later, without even the courtesy of an introduction to the profession, this cut has been implemented.”

Criminal Defence Sector – on the “brink of collapse”

He added “there are serious conversations to be had about the future of the Criminal Justice System.   Those in the Court Service and Crown Prosecution Service know the extent to which the system is already in crisis.  The defence sector is being held together by the goodwill of an ever decreasing number of ageing practitioners.  In common with the CPS and the Bar, the cohort of junior lawyers coming into the sector has been completely decimated – and the MoJ needs to reflect on the link between that and the lack of proper funding and lack of proper career structure for junior lawyers that results.”

“The criminal defence sector is demonstrably on the brink of collapse.  This latest cut will only serve to accelerate this process.”  #DefendLegalAid 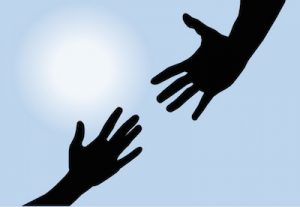