Karen Rogers, specialist Inquest lawyer at Tuckers dealing with deaths in custody cases, has welcomed the Independent review deaths and serious incidents in police custody by Dame Elish Angiolini.   Karen said “The findings of this review come as no surprise to us as lawyers representing families in Inquests, whose loved ones have died following police contact.  We welcome the review, the first such review to consider police practices and the procedures following police related deaths. The review highlights the system failures in investigating police related deaths as well as the great deficiencies in the acknowledgement, learning, and accountability following them.   We are particularly pleased about the recommendation of the presumption in favour of families being entitled to legal aid for representation at Inquest hearings.   This is an important step for bereaved families to be able to get access to justice”.

Deaths in custody – the review

The review was commissioned by Theresa May, when she was Home Secretary, following the deaths of Olaseni Lewis and Sean Rigg.   Both were suffering from mental illness and both died after being restrained by police officers.  The report makes over 100 recommendations to the government as to changes to address concerns that have emerged over many years in Inquest hearings following deaths in custody.  In addition to the presumption in favour of legal aid, some of the other important recommendations include

Karen added “I agree with the call on government made by Deborah Coles, director of Inquest, that the report must now be followed up with a programme of action to implement the recommendations in full.” 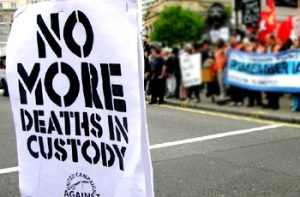