End of The Road for Short Prison Sentences? 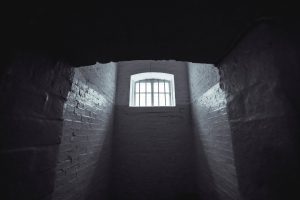 The big news story this weekend was the surprising news that the Prisons Minister is considering whether to abolish the power to impose short prison sentences, being those that last 6 months or less, a move that has been welcomed by prison rights charities and probation staff alike.

Arguing for the need for reform, Mr Stewart (the Prisons Minister) told the Daily Telegraph Magazine: “You bring somebody in for three or four weeks, they lose their house, their job, their family, their reputation.”

“They come (into prison), they meet a lot of interesting characters (to put it politely) and then you whap them on to the streets again.”

“The public are safer if we have a good community sentence… and it will relieve a lot of pressure on prisons.”

Short sentences are seen as ineffective, allowing little if any time for rehabilitation and causing massive disruption to offender’s lives, resulting in even higher rates of repeat offending.

Supporters of the shorter sentence point to the beneficial effects of a ‘short, sharp shock’ and community respite from offending.  This is one of those debates where there is at least some evidence to support all viewpoints.

But it does beg the broader question of what prison is for. Is it to deter, punish, rehabilitate, something else, or a combination of things?

Only once we work out what we seek to achieve by imprisonment, can we then truly understand the answer as to whether prison actually works.

Take a case in point also reported this weekend – two brothers imprisoned for three months following a conviction for perverting the course of justice (trying to evade penalty points for a road traffic offence).

Did imprisonment deter them? Clearly not. Will it punish them? The answer to that is clearly yes, but if they then lose their jobs and homes, is it disproportionate? Could we have imposed an altogether different and more worthwhile punishment, such as unpaid work in the community?

The answer to these and other questions concerning penal policy have been debated for a very long time, and traditionally, political parties have avoided any debate that has a flavour of being ‘soft on crime’.  So, it is refreshing to see a government minister willing to grapple with these complex issues.

If there is going to be a change, it will require legislation so should not be expected for another 12 months or so, but in the meantime, it does allow advocates an opportunity to debate these issues with sentencing judges.

This current debate may even lead to saving some defendants from unnecessary yet damaging short prison sentences.

To discuss anything to do with short prison sentences please contact us on 020 7388 8333 or email info@tuckerssolicitors.com and we will gladly assist.