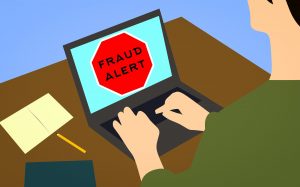 Mr & Mrs Hughes claimed that they had suffered sickness while on a package holiday, including having food poisoning as a result of eating contaminated food or drink or swimming in the hotel’s unsanitary pool.  In witness statements, Mr & Mrs Hughes said that they became ill on the second day of their holiday and were acutely ill for the remainder of the holiday.

Unfortunately for Mr & Mrs Hughes, in the age of social media, false insurance claims are more easily detected.  Jet2Holidays looked at the social media accounts of Mr & Mrs Hughes. They saw photos and comments posted by them during the holiday, indicating they were physically well and enjoying their holiday.  At that point, Mr & Mrs Hughes decided not to pursue their claim against Jet2Holidays.

It did not end there though.  Jet2Holidays were angered by the false insurance claims made and asked the court to start contempt of court proceedings against Mr & Mrs Hughes. This was on the basis that the witness statements made by the couple were false, relying on the social media posts.

Ultimately the courts decided that even though proceedings had not yet started, the conduct in question, in this case sending sworn false statements to Jet2Holidays in the attempt to advance their false insurance claims amounted to an interference with the administration of justice.  Jet2Holidays now have permission to bring proceedings against Mr & Mrs Hughes for contempt of court.

If Mr & Mrs Hughes are found guilty of contempt of court, they could be sent to prison for up to 2 years or receive a fine.   It seems it can be very tempting to make a false insurance claims, but they are now fighting back in the civil courts. In addition, you could face criminal prosecution for fraud, leading in some cases to a prison sentence and criminal conviction.

We can advise on all aspects of criminal investigation and prosecution.  If you need specialist advice, then get in touch with us at tuckers@tuckerssolicitors.com or on 0845 200 3367 and let us help.