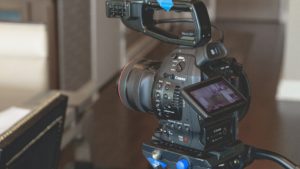 That said, changes have started to be introduced already.  Proceedings in the UK Supreme Court have been live streamed.  And, in 2013 certain proceedings in the Court of Appeal were selected for filming and broadcast by the media.

The proposals are for filming Crown Court proceedings, although only in relation to sentencing remarks by the Judge and no other court user, including witnesses, jurors or court staff, will be filmed.  The rationale is that the public will be able to hear judges explain the reasons behind the sentences, including those for the most serious offences.

The proposals will go through a testing phase with only sentencing remarks from the most senior judges being recorded, and only by authorised people.  Then is the likely that filming Crown Court proceedings will be rolled out more widely.

It is important to note then, that these proposals do not really impact on the historical cases relating to filming Crown Court proceedings.  Nor will that conduct be authorised in the future.   The real issue here is the potential for sentences to start to increase as judges, thrust into the public eye, feel the pressure of the new level of scrutiny and feel the need to hand down sentences that will match the expectations of those who demand longer sentences.

If you need specialist advice in relation to sentencing, then get in touch with us at tuckers@tuckerssolicitors.com or on 0845 200 3367and let us help. We can advise on a plea, defences and potential sentences in a wide range of circumstances.