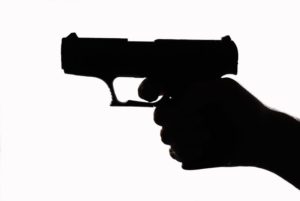 A consultation held last year has led to eight new guidelines for Firearms offences, which will come into force on the 1st January 2021.

What are sentencing guidelines?

The guidelines must be followed by the “sentencers”, a.k.a the Judge or Magistrates, unless they consider it is not just and fair to do so.

At the moment, there are no sentencing guidelines for firearms offences in the Crown Court, and only one guideline in the magistrates’ court. Although these offences do not occur frequently, they are serious offences, and the guidelines are to ensure they are consistently approached.

Several sentencing issues were raised in the consultation, and some of them have been addressed in the guidelines.

Two issues have been raised regarding the assessment of risk when sentencing for possession of a weapon. The first is whether a loaded firearm automatically means a high risk of harm, regardless of the circumstances of the case. The second is how judges assess risk based on the events that may or may not take in the future.

In addition, the blameworthiness (a.k.a culpability) of vulnerable defendants was considered where, for example, they had been asked to hold a firearm for another person. There is the potential for a significant difference in culpability for a person not knowing that it is a firearm they are holding, and one who knows it is a firearm and that it is to be used for criminal activity. The culpability factors were redrafted to include lower culpability where there is no use or intention to use the firearm.

The Sentencing Council reviewed the apparent differences in sentencing outcomes. The overall findings gave a strong indication that Black, Asian and other ethnicity offenders were dealt with more severely by the courts for firearms offences than White offenders. Possible reasons for this were considered, such as a difference in previous convictions. The Council also noted that ethnicity was not always noted, and the features of individual cases were not taken into account.

So, how has this significant issue been dealt with? Well, new sections have been added to the guidance, asking sentencers to be aware of the evidence of difference in sentencing outcomes. The section explains there have been differences and that there may be many reasons for them and are reminded of the information and guidance in the Equal Treatment Bench Book.

The new guidance was published on the 9th December 2020 and will be coming into force on the 1st January 2021. A further set of guidance is to be looked at next year in respect of firearm importation offences.