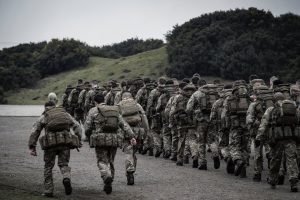 Head of Tuckers Military Law department acted in a case which has attracted significant media attention. The case eventually collapsed, exposing the criticism of the three year investigation – as reported in the Guardian.  The Judge criticised military investigators after the collapse of the case against army instructors who were accused of bullying teenage recruits. Twenty-eight soldiers aged 16 and 17 had claimed they were abused and assaulted by 16 instructors during a battle camp exercise. They said they were slapped or punched in the face, spat at, grabbed by the throat, had their faces submerged in mud and were ordered to eat manure. The trial process began last month but was stopped after flaws in the way the special investigation branch (SIB) of the Royal Military Police handled the case.  The Telegraph have also covered the story.

Kelly commented: “There were flaws in the investigation right from the beginning of this case, which I pointed out to the police from the very first interview with our client up in Scotland.  It is a shame that because of the dogmatic approach of the Royal Military Police, it has taken almost a year of preparation for trial for those flaws to be highlighted in open Court.  Our client has faced extreme stress and very relieved to be able to continue his otherwise unblemished Army career.  I would welcome a change in approach by the RMP to these types, and indeed all types, of investigations.”