Miscarriages of Justice – Liam Allan & the failures in disclosure 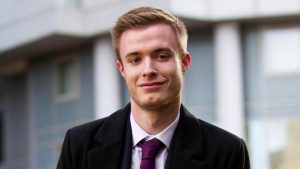 Miscarriages of justice on the scale of the case of Liam Allan attract a lot of national media attention and rightly so. There are some very important issues that they raise – and from the point of view of criminal defence lawyers, it is particularly important that these are being raised in the right wing press – to try and redress the balance of coverage which routinely demonises the role of criminal defence lawyers.

Miscarriages of justice – a daily occurrence

As criminal defence lawyers, we know that miscarriages of justice happen every day.  This was always the case – but in the last 7 years of austerity this has been all the more apparent.  The act of defending a person arrested or charged with a criminal offence is often incorrectly painted in the stereotype of fat cat lawyers getting rich from legal aid by using technicalities to ensure that guilty people are acquitted of their hideous crimes.

There are many kinds of miscarriage of justice – although few are as visible to the public as has been brought home in this case.   It is truly a miscarriage of justice if the trial, of someone against whom the evidence is very strong, collapses because the Crown Prosecution Service do not have the resources to ensure the case is prepared properly.  The “guilty” also walk free on a daily basis as police no longer have the officers or resources to investigate allegations of crime.   We have recently written about the increases in the number of crimes recorded – at the same time as the budget for the police gets smaller and the number of officers on the street fewer.

However, it remains a fundamental principle of British justice that “it is better that ten guilty persons escape than that one innocent suffer” (Sir William Blackstone – 1765).   This is no doubt why the Director of Public Prosecutions took the step of writing to a national newspaper and apologising for the prosecution’s failures in the Liam Allan case.

In this case, Mr Allan was charged with multiple allegations of rape and sexual assault.   He was arrested and spent two years on bail before the start of his Crown Court trial.   The prosecution case concluded, on the basis of the complainant’s evidence that Mr Allan had assaulted and raped her.  She asserted she did not consent to sex with Mr Allan.  Further, that she did not enjoy sex and would not have consented to sex.

Only part way through the trial, were the complainant’s undisclosed telephone records properly reviewed by the prosecution barrister and disclosed to the Judge and defence team.   The text messages on the phone showed that the complainant sent a series of text messages to Mr Allan asking for more sex. In fact, she wanted violent sex and spoke about wanting to be raped. In a further round of texts, she made clear to a friend that no crime had been committed.  Mr Allan had raised the issue of text messages in his police interview, but the police say that the phone evidence was not properly considered. The officer in the case ignored clear guidelines on disclosure – which require them to disclose ALL relevant evidence in a case.

Miscarriage of Justice avoided – this time

As criminal defence lawyers, we have no desire to call into question the important role played by the police in our society, nor the role of those that prosecute criminal cases.   However, there are both financial and institutional reasons why miscarriages of justice will continue to happen.

The police, CPS and defence community need to be properly funded to ensure that proper time and attention is capable of being given to, amongst other things, the important issue of disclosure.   But a change in the rules and the culture of police officers and prosecutors relating to disclosure is required to avoid the most serious miscarriages of justice – those where the innocent are convicted – becoming endemic in our justice system.

In the meantime, if you are accused of a criminal offence, including serious sexual offences and rape, your choice of criminal defence lawyer is of paramount importance.   For any queries you have about representation in connection with a criminal allegation, contact our Practice Director, Adam Makepeace at makepeacea@tuckerssolicitors.com or on 020 7388 8333 in order to be signposted to the best person to assist you, wherever you are in the country.