An Inquest jury in Norwich concluded, after a week long inquest, that the police chase death of 19 year old Preston Fulcher was not the fault of the officers involved in the chase.

Giving a narrative verdict the foreman said: “Preston Joseph Fulcher died on June 26 2016 at the Norfolk and Norwich University Hospital from injuries sustained in a road traffic accident close to Captain’s Pond on the B1150 Norwich Rad one mile south of North Walsham.  We the jury conclude, after reviewing the findings of fact, that whilst we feel for the loss of Preston Fulcher, we conclude that the actions of the police did not contribute to Preston Joseph Fulcher’s death.”

However, Mr Fulcher’s family questioned the verdict .   Anita Fulcher, Preston’s mother, said “As a family we have sat in court and heard all of the evidence, the jury have come to their conclusions and we have come to ours”.  She continued “the family remain of the view that the actions of the police officers contributed to his death”.   She called on for improved pursuit training to be given to police drivers so that “no other family will have to go through such pain and heartache”.

The family’s solicitor, Head of Tuckers’ Inquest department, Karen Rogers said “in many ways it was not the verdict that the family were hoping for.  However, it is also true that this process is not about vilifying police officers.  Nevertheless, there is an important point that the number of deaths arising from police pursuits is continuing to increase.   Many deaths involve people who are not connected to the pursuit in any way. It is therefore vital that all police forces reflect on their pursuit policies and consider whether police chases at high speed are justified in each case – given the risks they pose to the people being pursued, the general public and even the officers themselves”.

If you have any questions regarding representation at Inquests following the death of a family member, please contact Karen Rogers at rogersk@tuckerssolicitors.com or on 020 7388 8333. 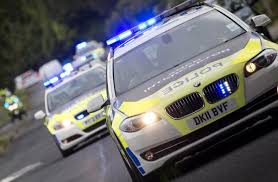