Police Investigations – Is my name going to be published? 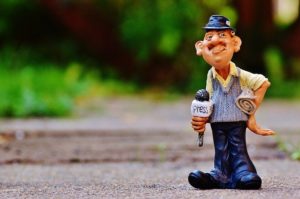 We often read on news websites about people who have been arrested and thus had their name published.  Nationally this would normally be a high profile person but locally it could be anybody deemed to be of interest.

If your name is published as a person being investigated this can have a devastating impact personally and professionally.  There is certainly a risk of people who read published names jumping to conclusions and not reconsidering those conclusions even in the event of a person being vindicated.

The law has provided very little protection to people under investigation to stop their names being published (save for teachers) and the press seem to relish this kind of reporting.  Often main news stories will be about some alleged misconduct of a famous person rather than more serious matters of greater public importance.

The Court of Appeal have recently considered the fact of names being published at an investigation stage and concluded that there is a right to privacy.

“…those who have simply come under suspicion by an organ of the state have, in general, a reasonable and objectively founded expectation of privacy in relation to that fact and an expressed basis for that suspicion. The suspicion may ultimately be shown to be well-founded or ill-founded, but until that point the law should recognise the human characteristic to assume the worst (that there is no smoke without fire).”

The Court of Appeal have reminded us that when publishing names of people under investigation you rock the foundation of the legal principle that people are innocent until proven guilty.  The Court did state that whilst this is the case, the principal must be balanced with the human right of freedom of expression.

When naming people under investigation the Court of Appeal has thus provided that the starting point is that privacy now prevails, there after there must be a balancing exercise including:

1) does the story contribute to a debate of general interest?

(2) how well-known is the person concerned and what is the subject of the story;

(3) the prior conduct of the person concerned;

(4) the method of obtaining the information and its veracity; and

(5) the proportionality of the interference with the exercise of the freedom of expression.

In conclusion the Court of Appeal have not said that the police can never name a person under investigation but the press cannot name them all.  This is bound to result in a significant reduction in this sort of name and shame reporting that has been prevalent on many news websites for many years…