Many questions are commonly asked about ‘smacking’ a child, and whether this is legal or not. There have been many laws in place since 1861, which criminalise unlawful violence, but today it is still within the law to scold a child by smacking them. In recent news, Wales has proposed a 12-week consultation where they propose to outlaw smacking.

Their Minister for Children and Social Care said:

“Our knowledge of what children need to grow and thrive has developed considerably over the last 20 years. We now know that physical punishment can have negative long-term impacts on a child’s life chances and we also know it is an ineffective punishment. While physically punishing children was accepted as normal practice in previous generations, we know that it is increasingly being seen as less acceptable and parents feel less comfortable.”

Statistics show that 88% of British adults agreed that smacking a naughty child was necessary, yet in 2015 only 24% of Welsh adults agreed with this. Scotland recently made a similar movement in October 2017, where smacking children is now banned. The law still stands in the England, and effectively allows for assaulting a child provided that it is considered within the definition of “reasonable punishment”.

Although, more serious violence, obviously, will not allow for such a defence – “reasonable punishment” is used as a defence for parents, carers, teachers or other adults responsible, who have been charged with assaulting a child. However the decision as to whether punishment was reasonable, lies before the court. There can often be confusion about this.  It is not always straight forward to draw a line between scolding a naughty child by smacking them, and administering punishment in a more aggressive manner, for example leaving them with bruises or marks.  If this is the case, it is likely that this is not covered under this defence and could be a more serious matter.

If you have a similar query or would like expert legal advice, our highly experienced lawyers will be able to guide you through the process. Please contact Adam Makepeace on makepeacea@tuckerssolicitors.com or on 020 7388 8333 to be sign posted to the right person to advise you in your area. 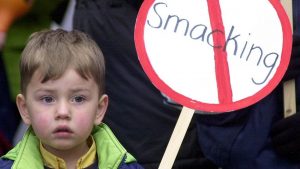