Recreational Drugs – What are the chances?

The number of recreational drug uses rapidly increases over the festive period, the most popular substances being cannabis and cocaine. Some people may be encouraged to try these for the first time at parties, (sometimes due to alcohol), or because they genuinely wanted to try it. Despite the apparent short-term joy that come from drug use, there are some long-term consequences that can come with the risk. Here is an example of a case study of someone who used recreational drugs and attempted to drive the following day:

“Sara saw no harm in smoking a few joints of cannabis. If anything, she felt better than she had for a long time. She was never stupid enough to drink drive, but did not realise just how long cannabis would remain in her system. But for the faulty brake light the police officer would not have pulled her over the next morning, would not have asked for a roadside drugs test, would not have arrested her and kept her in a cell for 5 hours and would not have charged her with drug driving and had her produced before a court. But for her ignorance of the effect of drugs, she would not have been disqualified from driving for 18 months and would not have lost her job.”

“If Daniel hadn’t been spotted by club security taking cocaine, nobody would have been any the wiser, but he was. The ejection from the club was not something that particularly bothered him, and receiving a police caution seemed like a slap on the wrist, of little consequence. In the morning Daniel returned to his job, and normality resumed, until late summer when taking the family to the United States for a well-earned summer holiday. Little did he know that one simple caution for a drugs offence could have led to him being refused entry to the US and placed on the next flight home. Daniel hadn’t mentioned the nightclub incident to his family. Until now.”

There can be very serious and unexpected consequences for using recreational drugs.  It is important that you understand the consequences.

If you are arrested for an offence, it is important that you seek expert legal advice as soon as possible before your interview with the police. If you require help from one of our solicitors, this will be covered by legal aid so it will not cost you anything. Please contact Adam Makepeace at makepeacea@tuckerssolicitors.com or on 020 7388 8333 to be directed to the right person to assist you. 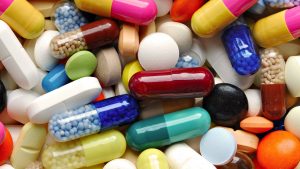