Review of the Parole Board 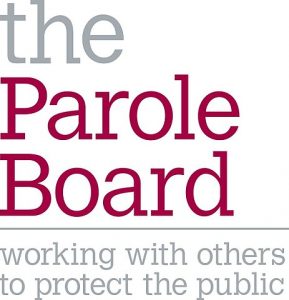 The Parole Board is an independent body that carries out risk assessments on prisoners serving certain sentences to determine whether they can be safely released into the community. When a person is considered to be fit for release it means that their risk has been reduced to a level where it is low enough to be effectively managed in the community, not that they pose no risk at all.

Last year the Parole Board decided that the so-called ‘black cab rapist’, John Worboys, was fit for release. Various challenges were made to the decision and it was subsequently overturned by the High Court, and he remains in prison. After this  case the Parole Board system was reviewed. The government have now reported on the outcome of the further review and announced various changes to be introduced.

The main change is to create a new reconsideration mechanism. A model has been developed for how this should operate, and it will apply where it appears the decision is legally flawed The representations will be made to the Public Protection Casework Section (PPCS) so there will be no need for court proceedings, thereby reducing the cost considerably. The PPCS will then refer appropriate applications to the Parole Board for reconsideration.

Prisoners will also be able to apply for reconsideration if they believe a decision not to release them was flawed. These applications will be made directly to the Parole Board.

A Victim Contact Scheme is to be rolled out to a wider range of victims with an aim to improve victim engagement and communication. Victims will be provided with information on the sentence, how it operates and when a prisoner is likely to be considered for release.

A victim can make representations to be considered by the Board for licence conditions and will be told the extent to which the representations were considered, a summary of any parole board decision can also be requested. A Victim Personal Statement can be produced with the presumption it can be read by those who wish to unless there is a security issue or if they request that their VPS is not disclosed to the offender.

The Parole Board will publish a series of Standard Practice guidance to provide clear and public information about what sort of information and factors are taken into account in decision making. Public access to hearings was considered but not allowed due to the privacy, security and practical barriers as the hearings are held in prisons.

Standard Directions on evidence will be published to make clear the standard requirements for parole cases. Crucially, guidance has now been issued outlining how wider alleged offending can be taken into account. This means that offences that haven’t resulted in conviction can, for the first time, be considered.

A tailored review will look at statutory options which could include the creation of quality assurance or inspectorate style functions. Training will take place for members on how to deal with unconvicted offences, and there will be mandatory training on effective questioning skills.

Measures are planned to ensure cases are processed and concluded in a robust and timely way.

Some of these measures are already being introduced and others are expected over the coming months. A Tailored Review of the Parole Board will now take place to consider whether there is a case for further, more fundamental, reforms. This will include considering whether the Parole Board should be reconstituted to become a judge-led tribunal and whether the powers or responsibilities conferred on the Board should be changed.

To discuss anything to do with parole boards please contact us on 020 7388 8333 or email info@tuckerssolicitors.com and we will gladly assist.