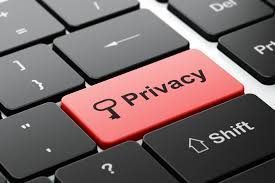 One of the big news stories of the last week or so has been the case in which the BBC was ordered to pay damages to Sir Cliff Richard for breach of privacy. The background was the BBC filming a search of Sir Cliff’s property in July 2014 by the South Yorkshire police. He was not arrested for any offence.

Shockingly, South Yorkshire Police provided the BBC with information that enabled them to be present at the scene. The disclosure given was that he was under investigation and the date, time and place of the intended search. Sir Cliff sued both the police force and the BBC in privacy and under the Data Protection Act 1998.

The police force admitted liability and agreed to pay Sir Cliff £400,000 in damages. But the BBC denied liability, saying that they were simply acting on information given to them by the police. However, the latest case was based on the assertion that the police and Sir Cliff were concerned that the police were manoeuvred into providing the information based on an implicit threat that the BBC might publish news of the investigation prior to the search taking place.

The court decided that the BBC had infringed Sir Cliff’s right to privacy. Sir Cliff was awarded £190,000 damages and an extra £20,000 in aggravated damages was awarded as the BBC nominated its footage for a television award as “Scoop of the Year”!

The interesting thing about the case though are what are the wider implications of this judgment? Commentators are split as to whether this case is unique and will not have any wider application. Or whether it has extended privacy protections for other people being investigated by the police. It is too early to tell at this stage. But, in any case where there might be a concern regarding the leaking of an investigation, an early warning shot to the police may be advisable.