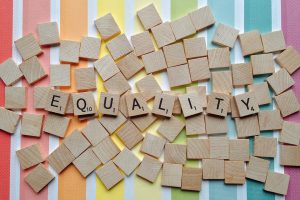 Stop and search has always been controversial and now it is being used more due to rising public and political concern about knife crime. Increasingly the police are using a power under s60 Criminal Justice and Public Order Act 1994. This allows for stop and search powers to be exercised across a particular area, for a period of 24 hours without the usual restrictions on stop and search.

A s60 order can be triggered to authorise stop and search if a high ranking police officer reasonably believes that serious violence may take place within any locality; on the basis that the order would assist in preventing any serious violence taking place. All 43 police forces in England & Wales now have authority to issue such orders – albeit the best practice guidance was modified to notionally limit the circumstances in which these would be used to ensure that they are only issued on the basis of a belief as to a genuine and immediate threat of serious violence and also to limit the scope and duration – as well as putting in place requirements to keep the local community informed.

Despite the understandable aims of a policy designed to reduce possession of weapons, there has been a concern that some communities will be disproportionately targeted as a result of the use of these extended stop and search powers. BAME and Black individuals in 2017/18 were four and nine and a half times respectively more likely to be searched than white individuals. Although the overall number of searches of BAME individuals fell dramatically between 2010 to 2018 (searches of BME from 431k to 98k), disparities remain, with searches of white people having fallen by an even bigger percentage.

National data on s60 searches consistently shows that BAME individuals are more likely to be the subject of s60 searches than white individuals – and the government’s own equality impact assessment acknowledges the problem; stating “any increases in the use of s60 pose the risk of magnifying any residual levels of discrimination in the use of this power. We would also expect, given that individuals from BAME backgrounds are more likely to be searched, that any increases in s60 would continue to disproportionately affect them.”

The government proposes to keep the policy under review and assess the impact in 12 months of this extension to stop and search. Obviously, use of police powers must comply with all laws, and as defence solicitors we will not hesitate to challenge the unlawful use of police powers, and seek evidential remedies in appropriate cases, this may include applications to exclude any evidence obtained as a result of illegal searches.