Youth Crime – forgetting the past

The House of Commons Justice Committee has called for urgent change in the regime for disclosing youth crime. Currently, convictions are often reported to prospective employers, through a DBS check – even where they have no relevance to a person’s ability to do the job.
Chairman of the Committee, Bob Neill (Chairman of the Committee), stated that “According to the Children’s Commissioner for England there is no evidence to suggest that having committed more than one offence is predictive of a greater risk of continued offending in adulthood”.

Disclosing relevant criminal records needs to provide an effective balance between the rights of the individuals and the need to protect the public and employers. This balance is particularly important in the context of youth crime. Young people need to be free of the stigma which comes their history of having committed an offence as a child or young adult. One proposal is to extend the shorter rehabilitation periods which apply to those who commit offences when under 18, to those committed by young adults up to the age of 25.
Bob Neill added “there is considerable evidence that most children stop offending as they mature. Yet we still have a system which works to prevent children from moving on from their past and creates a barrier to rehabilitation.”

If someone is found guilty of a shoplifting offence when they are younger, is this really relevant to their ability to work in teaching when they are more mature? Another proposal is to allow chief police officers additional discretion to withhold disclosure; taking into account age and the circumstances of the offences. The starting point for this would be that offences would not be disclosed where committed during childhood, although they could be disclosed as required. The committee says that DBS checks could encourage people to own up to any offences they made when they were younger.

Reform – will it happen?

Bob Neill has raised concerns that the government do not seem to be focused on this issue – and has stressed the need for urgent reform in this area. Adam Makepeace, Practice Director of Tuckers Solicitors agreed “the fact that young people grown out of crime is a demonstrable fact. The fact that young people are held back from achieving their potential because their record prevents them from moving on makes no sense. We support the Justice Committee proposals and call on the government to make these changes as soon as possible” 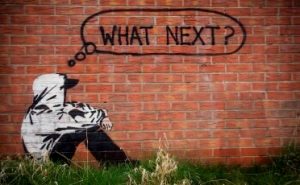