Carbon Credit Investment Fraud – When is an expert not an expert? 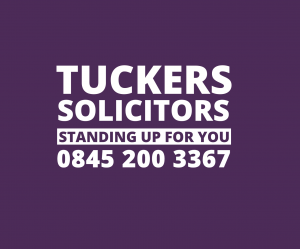 On 29th May 2019 at Southwark Crown Court eight defendants walked free from court after a judge was forced to deliver not guilty verdicts on multiple fraud charges.

Ager’s role in the case would have been to tell the court that there was no secondary market in carbon credits through which investors could re-sell the carbon credits that they had bought and therefore they were not suitable as an investment at all.

Police officers have confirmed that an allegation into his conduct has been referred to the National Crime Agency. Ager claimed that he had given evidence in between 20 and 50 other carbon credit investment cases.

The safety of the convictions in every previous carbon credits prosecution, particularly where Ager’s evidence was relied upon and placed before the jury, is now in question.

The court also heard that during a three-hour telephone call, Ager attempted to dissuade the defence’s expert witness, Dr Marius Cristian Frunza – who the judge said was “undoubtedly an expert in this field” – from giving evidence. Judge Lorraine-Smith said: “On what I heard it seems likely that Mr Ager was keen that his evidence should not be challenged and he felt threatened by the prospect of a far more impressive expert appearing in an area of expertise in which he hoped to continue to make a living.”  He described the disclosure in the case as “pretty chaotic and unsatisfactory”, combined with other “insuperable problems” meaning that the prosecution was “fatally flawed”.

Under cross-examination, Ager admitted that a number of assertions that he had made during a joint experts meeting with Dr Frunza, had been either wholly untrue or substantially inaccurate. The also admitted that he did not consider it his duty to bring facts to the court’s attention which might assist the defence. He had kept no records of the material that had been provided to him by the police and had lost some of the sensitive material.

The judge also criticised the City of London police which investigated the alleged scam, and described one police officer who had been “rather too proactive” in preparing the Ager’s witness statement. In one email the officer appeared not to be asking an expert for his view on particular matters but telling him exactly what he wanted in the statement and even suggesting the wording.

The events surrounding this decision raise serious questions about the whole process of how the prosecution obtain and present expert evidence to a court. Not only does it appear that the “expert” chosen was evidently unsuitable to be an expert witness but there was a strong suggestion that his opinion was tainted by the officer who obtained his statement telling him what he wanted it to say. Disclosure failures, which we have written about before, again loom large.

If you have been convicted in a similar case or a case in which Andrew Ager gave expert evidence for the prosecution and you want advice about whether you can now appeal please contact Seamus Austin or Robert Normile.

Alternatively please contact us on 020 7388 8333 or email info@tuckerssolicitors.com and we will gladly assist.