Stories about a forensic testing scandal have been in the headlines due to the inaccuracies of forensic testing in two of the UK’s largest laboratories, which have already resulted in arrests pending further police investigation. Randox Testing Services (RTS) and Trimega Laboratories handle samples for high-profile criminal and family law cases. Some of these samples relate to serious crimes, including murder case, and the accuracy test results is paramount. More than 10,000 criminal cases could have been affected due to alleged manipulation at the laboratories. Two road deaths have been referred to the Court of Appeal as a result of this.

“Most drug tests from RTS between 2013 and 2017 are being treated as potentially unreliable. RTS was mainly commissioned by individual police forces when investigating criminal offences.”

The reason why the drug tests are being treated as ‘unreliable’ is due to data manipulation. Tests might have to be re-tested, which could result in court hearings being postponed and not taken seriously enough.

Is your conviction safe?

The Crown Prosecution Service will be reviewing criminal cases, however this can be time consuming as all convictions will be considered on a case by case basis. Anyone who thinks that they might have been affected by the scandal will to consider whether there is scope for an appeal of their conviction on the basis that further testing of samples would clear their name.

Tuckers have a specialist criminal appeals department and we can advise on the merits of appeals, whether or not we handled your case at the initial trial.  If you think that inaccurate forensic testing may have led you to be wrongfully convicted (and that includes where you pleaded guilty to an allegation), or your previous case was dependant how reliable the forensic tests were, please contact Robert Normile on normiler@tuckerssolicitors.com or on 020 7388 8333. 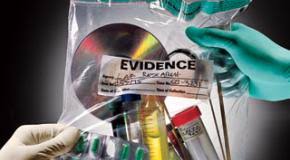