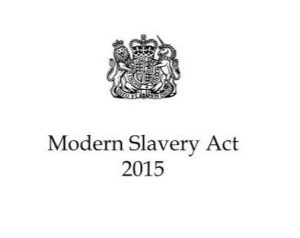 The Modern Slavery Act (MSA)  2015, hailed as  “the first of its kind in Europe, and one of the first in the world, to specifically address slavery and trafficking in the 21st century” was a much welcomed piece of legislation adding to and strengthening a number of International and National provisions.

Besides targeting the most common issues associated with Human Trafficking/Exploitation such as Sexual Slavery, Tied visas and Domestic Servitude; its aim was to ensure those guilty of Human Trafficking felt the full force of the law and offered a  new statutory defence for slavery or trafficking victims compelled to commit criminal offences MSA 2015 (s45).

It has certainly lived up to its original expectations as can be evidenced from the body of case law which is developing.  The case R. v Iyamu (Josephine) [2018] EWCA Crim 2166 was the first case in which a conviction under the MSA was secured and related to the arranging or facilitating travel for sexual exploitation.  However it was the case of   R v Zakaria Mohammed 2018 (unreported) which illustrated the flexibility of this statute. This case concerned the first conviction for Human Trafficking within the U.K is which the victims were youths sent to different areas in the UK (County Lines) by the Defendant to sell drugs.  Effectively changing the status of Suspects/Defendants in drug dealing cases into victims of crime.  Arguably an outcome not foreseen by Parliament when it was debating the legislature through the Houses of Commons and Lords.

The case of Mohammed illustrated the flexibility of the provisions of the Act and the expansion of those who can secure the status of being a victim of Human Trafficking and therefore, it can be argued,  should be exempt from prosecution.  For Defence Lawyers this Act not only offers the Defence under MSA(2015) s45 but allows for those arrested or charged with offences in which it can be argued that trafficking has occurred (for both youths and adults) not to be prosecuted or for any post-charge proceedings to be discontinued.  This particularly, but not exclusively relates to Drug Cases (and related offences) where the accused has been sent to other areas to sell drugs/commit crimes and therefore has been exploited into doing the same.

The use of National Referral Mechanism (NRM) process, which allows one to identify those both pre- and post-charge who it is believed or strongly suspected may have been trafficked/exploited in general criminal cases,  should be an initial consideration in all cases.  As the initial quasi-evidential burden is on the Defence most of the submissions are done outside the formal auspices of the Criminal Justice System and instead directly to the referral agency.

Reassuringly, it can be surprisingly easy to obtain the Police/Court/CPS agreement to adjourn or stand out cases for this process to be  initiated and so carried out, as per their own guidance.  A successful referral can mean an end to an otherwise evidentially strong prosecution. A safety valve is put in at this stage to stop the flood gates opening in terms of the “prosecution in the public interest test ” .  This is to be applied by the Prosecutor in cases where the status of the accused/defendant is confirmed as a victim of trafficking/exploitation.   As these provisions are only recently being tested in such cases, we only have anecdotal evidence that the Prosecution do generally continue with the prosecution by using that safety valve in fact more like a blockade!

It is still an extremely important development for those involved in Criminal Defence to be aware of as a positive finding that a defendant is a victim of trafficking/exploitation can provide a much stronger base to a MSA s45 defence which offers a lower test than duress by virtue of a test of being “compelled” to commit the act. Also in those cases where that defence is excluded (MSA 2015 sch4) or unsuccessful it can still assist in being very strong mitigation. Consequently, as an additional weaponry in the arsenal of Criminal Defence, its increasingly prevalent potential use cannot be over-stated, especially at a time when the prevalence of “County lines” drugs cases for instance are being increasingly seen. It’s novel use is therefore a very welcome strategic legal development, especially for the vulnerable youth clients that those of us at the coalface are seeing with increasing regularity. The key though perhaps, is to being able to spot and therefore initially recommend and thus refer any such person who comes through our doors, and to do so at the very earliest opportunity.

We are on hand with our expert legal team to represent you.

If you have any questions, need immediate assistance or require representation and assistance, do not hesitate to get in touch on 020 7388 8333 or email info@tuckerssolicitors.com

Suzanne O`Connell is a Solicitor High Court Advocate with Tuckers Solicitors. She has extensive experience in serious cases including; Murder, GBH, Assaults and Drug Cases.