Andre Clovis, Consultant at Tuckers, has told Victoria Derbyshire that the Independent Police Complaints Commission (IPCC) and the Met Police failed the family of dead teenager, Liam Albert.  On 8 July 2009, Liam Albert (17) died following a high speed police pursuit by officers from the Metropolitan Police Service.  Andre Clovis represented Liam’s parents Sharla John and Delroy Albert, in their search for the truth as to what happened that day.  But this week, the Met Police Misconduct Panel decided that it was not possible for there to be a hearing of the issues which would be fair to the officers involved in the case, because of the long delays caused by the IPCC and Met Police in processing the complaint.

The Met Police refused to investigate the family’s initial complaints until after the inquest hearing into Liam’s death. Following a 12 day inquest in December 2011, the jury found that, ‘Liam’s death was caused by accident, occurring as an unintended consequence and as a direct result of, a deliberate act or omission by a police vehicle’.

It took until May 2013 for the IPCC to launch an independent investigation, which concluded in 2015.  Gross Misconduct proceedings were recommended, but only commenced after the CPS had advised upon the insufficiency of evidence to support criminal charges of attempting to pervert the course of justice and misfeasance in public office.  Gross Misconduct hearings were eventually convened in October 2017.  At the hearing the officers complained that they suffered prejudice because of delay and this complaint was accepted – leading to the case being brought to an end.

Andre commented “The family were badly let down by all of the authorities in their desperate search for the truth. What transpired is reflective of the Met Police and the approach they take to complaints. The IPCC may say that lessons have been learned. This is a statement routinely put out by the IPCC, but such failings are repeated at an alarming rate.  As long ago as June 2003, I assisted Liberty in drafting submissions to the Home Office addressing the launch of the IPCC in which I reported that the new system would not work until the attitude of those investigating and overseeing complaints changed. There must be a change of focus so that there is a real desire to substantiate deserving claims”

Andre Clovis appeared with Liam’s parents, Sharla John and Delroy Albert on the Victoria Derbyshire Show to explain how the IPCC and Met police failed the family in this case.   The interview can be seen in full at 1 hour & 37 minutes of the show which can be downloaded from the BBC iPlayer here

If you have a complaint against the Police that you do not believe that the police are progressing correctly or want further information about any of the issues discussed on the Victoria Derbyshire programme, please contact Andre Clovis at clovisa@tuckerssolicitors.com or on 020 7388 8333 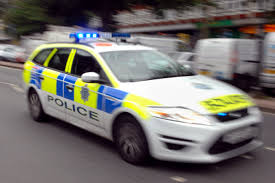