Proceeds of Crime – when does it end 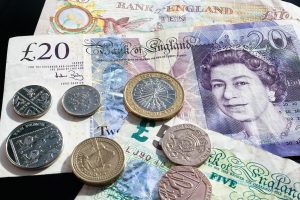 Often the media reports that fraudsters make a lot of money from the proceeds of crime, and are then not ordered to pay it back.  But that is not always the end of the matter.

What are the proceeds of crime?

If a defendant is determined to have had a ‘criminal lifestyle’ then the court must decide on making an order requiring the offender to pay back the proceeds of crime.  It is supposed to equate to the amount they have gained from their criminal activities.

If a defendant can establish that he does not actually have the money to repay.  It is quite possible to ‘benefit’ from the proceeds of crime but to have spent all of that money by the time you are arrested.  In these circumstances he can be ordered to pay a lower amount that he can afford.  The order is known as a confiscation order.

What if I later win the lottery?

If a confiscation order is made, and the amount to be repaid is less than the amount that a person is believed to have benefited from – then the prosecutor can apply to the court under section 22 of the Proceeds of Crime Act 2002 for reconsideration of the available amount and a defendant may be ordered to pay more money back.

How much more could I be ordered to pay?

The court can order any amount it believes to be ‘just’, as long as it does not exceed the original benefit from the proceeds of crime determined at the initial hearing.  The court also has to take inflation into account and any change in the value of money.

Is there a time limit?

The prosecutor or receiver can make any number of applications for a new calculation of the available amount, and there are no time limits for the making of an application.

Famously, the canoeist, John Darwin, faked his own death to receive life insurance payouts. The benefit amount in his case was found to be £679,073.02. In 2014 it was reported that he had only repaid £121 although most property had been in his wife’s name and she had paid over £500,000 under a separate confiscation order. Before committing these offences, he was a teacher and prison officer and had pensions as a result. On the maturing of two pensions, the prosecutor made an application for reconsideration of the available amount, with the application being made five years after the confiscation order was imposed.

He was ordered to pay £40,000 by the court. This case clearly demonstrates that even legitimately obtained monies will be taken into account to repay the proceeds of crime.

There is also the story of Gurdeep Padda, who was a drug dealer, and in 2006 a confiscation order was made in the sum of £9,520, although the amount he had benefited from the proceeds of crime was said to be £156,226.74. In 2012 an application was made for reconsideration after Mr Padda gained employment and subsequently set up a limited company. The case proceeded on the basis that all the assets were legitimate and had been acquired after the conclusion of his prison sentence. He attempted to argue that as the funds were derived legitimately, they should not be confiscated to satisfy the original order. He was not successful, and a new calculation was made of £103,162.41, in upholding the order on appeal the court referred to the “legislative policy in favour of maximising the recovery of the proceeds of crime, even from legitimately acquired assets”.

If you need specialist advice, then get in touch with our Proceeds of Crime Act teams at tuckers@tuckerssolicitors.com or on our 24 hour number 0845 200 3367and let us help. We can advise on all aspects of your case.