A civil case in the Supreme Court, which held that a professional gambler was not entitled to £7.7 million in winnings from a casino, has expanded the definition of fraud. This is likely to make it harder to defend an accusation of fraud in the criminal courts.

The previous law on fraud

Since a previous case in 1982, you were not guilty of fraud if a jury considered that you did not realise that something you had done would be considered dishonest by “ordinary honest people”. But the Supreme Court decided that if someone is mistaken in their view of “contemporary standards of honesty” – then that should not give them an extra line of defence.

The new law on fraud

In deciding that there should be no difference in the test of dishonesty in the criminal or civil courts, the Supreme Court redefined the test of dishonesty in fraud trials. Effectively, you no longer have to realise that what you are doing may be considered dishonest by others. It is enough that a jury decides that your conduct is dishonest by applying the “standards of ordinary people”.

Jim Meyer, Senior Partner of Tuckers Solicitors, said “this decision will make a big difference in the conduct of criminal trials. Convictions will be much more likely in the future. The concept of dishonesty is fundamental to lots of different offences, including fraud. Many trials proceed on the basis of agreed facts – and only the issue of dishonesty is central to the question of whether someone will be found guilty or not. Now the prosecution does not have to prove that someone believed their actions would be regarded as dishonest”.

I have been charged with fraud – what do I do?

The law is the law. What you should do in response to a dishonesty allegation has not changed. It is always vital that you seek legal advice at the earliest possible stage of an investigation. You will nearly always be entitled to free representation if you are interviewed by the police in connection with a criminal allegation of this sort. With the earliest possible expert advice, you have the best chance of achieving the best outcome for you.
If you have any questions about allegations of fraud against you, contact Jim Meyer on meyerj@tuckerssolicitors.com or on 020 7388 8333 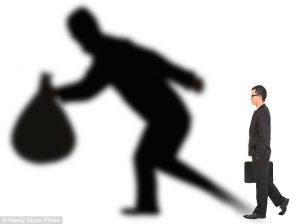